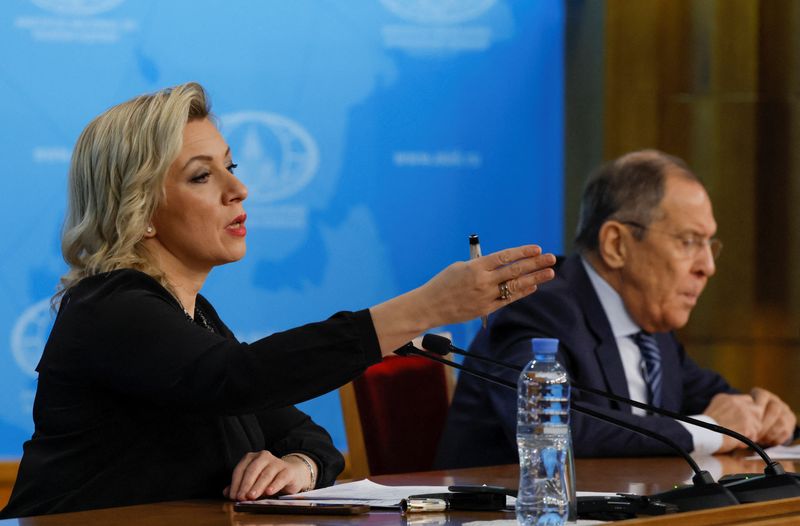 (Reuters) -Russia said on Monday it was deteriorating diplomatic relations with NATO member Estonia, accusing it of “total Russophobia”, and Tallinn responded by telling Moscow’s envoy to the Baltic nation to leave.

Estonia and its Baltic neighbors Latvia and Lithuania are among a group of NATO allies strongly advocating for Germany to supply its Leopard main battle tanks to boost Ukraine in repelling the Russian invasion.

Russia’s foreign ministry said it had told the Estonian envoy to leave next month, and that both countries would be represented in each other’s capitals by a temporary chargé d’affaires rather than an ambassador.

“We will continue to support Ukraine as Russia plans large-scale attacks, and we call on other like-minded countries to increase their aid to Ukraine,” Reinsalu said in a statement.

Estonia last week joined some other Western countries in sending more of its own weapons to Ukraine.

Moscow said Monday’s move was in response to a decision by Estonia to reduce the size of the Russian embassy in Tallinn.

“In recent years, the Estonian leadership has deliberately destroyed the whole set of relations with Russia. Total Russophobia, the cultivation of hostility towards our country, has been elevated by Tallinn to the rank of state policy,” it said.

Commenting on the deterioration in ties, Russian Foreign Ministry spokeswoman Maria Zakharova said: “The Estonian regime got what it deserved.”

Last April, Lithuania ousted its Russian envoy and downgraded diplomatic representation to the level of chargé d’affaires after Ukraine accused Russian troops of killing civilians in the town of Bucha.