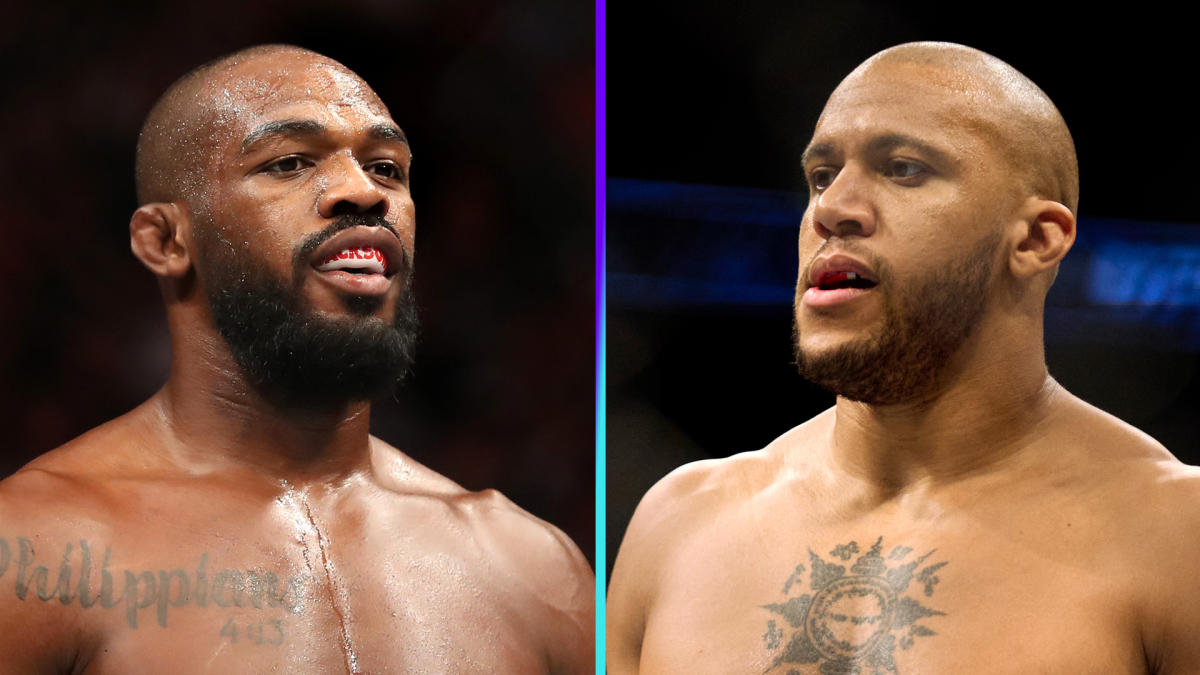 UFC president Dana White said after a fight card Saturday that the promotion is releasing heavyweight champion Francis Ngannou from his contract and booking Jon Jones against Ciryl Gane on March 4 in the main event of UFC 285 at Las Vegas’ T-Mobile Arena for the vacant heavyweight title .

White said after the UFC Vegas 67 card that the UFC offered Ngannou a contract that would have made him the highest paid heavyweight in UFC history, but Ngannou turned it down. He also said that Ngannou’s injured knee still hasn’t healed and he wouldn’t have been ready to fight in March.

News of the Jones-Gane fight first leaked as a result of the video boards outside the T-Mobile Arena scrolling an ad featuring the fight. White said this was an error on the part of both arena officials and UFC employees and was not intended to be released at the time.

The sign showed the UFC ad ahead of a Las Vegas Golden Knights’ NHL game against the Edmonton Oilers on Saturday.

Ngannou last fought when he made a decision over Gane on January 22, 2022 in Anaheim, California at the Honda Center for the undisputed heavyweight title. He said he had a knee injury after the fight and had surgery shortly after.

“We’ve been working on a new agreement with Francis for two years now,” White said. “…We offered Francis a deal that would have made him the highest paid heavyweight in company history, more than [Brock] Lesnar, more than anyone else, and he rejected the deal.”

Jones has been training for the past few days at Fight Ready MMA in Scottsdale, Arizona, under the direction of Henry Cejudo, the former UFC Flyweight and Bantamweight Champion. In an interview with Michael Wonsover posted on Cejudo’s YouTube page, Jones let loose that the fight was on.

Considered by many to be the greatest MMA fighter of all time, Jones has not fought since he defeated Dominick Reyes at UFC 247 on February 8, 2020 in Houston. Jones, who first won the light-heavyweight title in 2011, spoke of his desire to win a heavyweight title way back in 2013.

“Absolutely, I would like Henry to coach me for this fight with Ciryl Gane,” Jones said. “Hopefully our schedules can align and we can get on the same page.”

White said Ngannou is free and clear to sign with whichever promotion he chooses. He said there is no matching clause or 90-day window. He’s a totally free agent.

Neither Ngannou nor his agent, Marquel Martin, could be reached for comment, but White suggested Ngannou was not interested in high-level opposition.

“I think Francis is in a place right now where he doesn’t want to take a lot of risks,” White said. “He feels like he’s in a good position where he can fight lesser opponents and make more money. So let’s do that. We’re going to release him from his contract. We’re going to give up.” the right to match and he can go where he wants and do what he wants.”

Ngannou has been one of the most exciting fighters in UFC history and his punching power has been second to none. Ngannou is 17-3 overall in MMA with 12 knockouts and four submissions. He first won the heavyweight title in a rematch with Stipe Miocic at UFC 260 in Las Vegas on March 27, 2021. Miocic had successfully defended his title when he faced Ngannou in Boston on January 20, 2018 in the main event. from UFC 220.

Ngannou regained it in the rematch with a vicious knockout and then defended it against Gane. If Gane is considered a champion, Ngannou defeated five fighters who once held the UFC heavyweight title: Gane, who was an interim champion; Miocian; Junior dos Santos; Cain Velasquez and Andrei Arlovski.

Gane said he was happy, though he was disappointed he didn’t catch Ngannou again.

“Everyone knows the situation,” he said. “How long are we going to wait?”